Demand exceeds supply, with second hand watches increasing in value. But the most renowned brands are appealing also to criminals.

Despite the revaluation of goods, a lot of dealers and owners did not adjust the security measures and procedures.

The business trip fake group, the attractive stranger to run across with, the fake customer interested in buying: these are just some of the most common cases in the daily news talking about luxury watches robberies perpetrated against innocent victims, maybe stalked for some time, reported by alleged “friends” and lookouts, or even chosen at the moment from the crowd.

The show-off of the property and the relative ease with which it becomes monetizable once stolen, makes the phenomenon widespread at every latitude. Besides the EURO 2020 football final, Italy vs England that night were also united by the robberies of watches. During the celebrations in Milan, a driver was mugged under the eyes of the crowd. Same fate for the Formula 1 driver, Lando Norris, robbed of a Richard Mille worth 46 thousand euros while walking out the stadium.

Under the pretence of asking for information, criminals approach the victims and pretending to thank and hug them, they have. By leveraging the clock face, the pins crack and the watch opens: only a few have a predisposition against this type of robbery, including Rolex. Another common way of stealing involves an accomplice on a first motorcycle, who hits the car side mirror (driver’s side) and runs away. The victim lowers the window to fix the mirror (with his left hand), while the thief arrives on another motorcycle from behind, blocks his arm and takes the watch is gone.

Criminals also use enhanced techniques. In Parma, for example, a 5 million euros robbery was carried out in an apartment while the owner was away from home. The thieves, presumably helped by an informant, identified and safely removed the vault, leaving everything else in order. Cartier, Patek Philippe and Boucheron appear in over 140 web pages that the State Police Department has dedicated to the recovery of the stolen goods.

New buying habits, a different approach than the past and a wider customer base on a global level are just some of the factors which have been changing the luxury watch market for some years, from Covid crisis onwards. The increase in value of the most renowned timepieces, even second hand, and the exchange market, can only increase the interest of enthusiasts and collectors; Who have always been attracted to this world, but as well as those of criminals who find it as a quick way to obtain liquidity.

After the first semester in balance with the pre-crisis period, last July 2021, the export of watches confirmed a strong rebound of +7.6%, compared to the July 2019 benchmark, beyond the 2 billion francs threshold (Swiss Watchmaking data). An increase of 29.1% compared to the same month of 2020, which then saw a slow recovery, driven almost exclusively by the very strong rebound in China. Already in 2020, according to the Federation of the Swiss Watch Industry, Beijing had registered a + 11.3% import.

The entry of a lot of new buyers on the global market was only one of the factors that in recent years led demand to exceed supply. Morgan Stanley has estimated one million watches produced by Rolex each year, although in 2020 the number dropped to 810,000 (similar level in the late 1990s). Last year, Audemars Piguet produced 60,000 pieces, Patek Philippe 53,000, Richard Mille 4,300. If production has probably remained constant, according to some observers, second wrist watches have become the new basin from which to draw, causing second-hand prices to rise for a few recognizable brands.

Some retailers in New York date back to 2017 the first signs of secondary price increases, by 15% a year, also driven by social media and central banks’ liquidity injection into economies, in the last 18 months. For others, however, the prices of vintage models have been increasing for 30 years. On the second wrist, prices reach three to five times the price list, with a waiting list up to ten years to buy the rarest models. Between auctions, private sales and websites, the most expensive pieces are resold at a minimum rise of 60%. At the end of July, a still wrapped Patek Philippe was auctioned for $ 492,000. Three months earlier it had been released for $ 34,890.

“In the past, luxury watches were bought for the simple pleasure of wearing them – explains Federico Bagnetti, CEO of Wanted Watch -. The choice was made on personal preferences and to legitimize a status symbol, which is why there were many brands taken into consideration. Today, the selection criteria are profoundly modified, the area is limited to a few brands and models, with great attention to the possibility of financial return on the investment, something that, especially in the current economic / social context, we see happening punctually “.

The same brands have entered this market, previously seen as a threat to the resale of new pieces. Now it is the best place to consider the value of a watch over time and provide liquidity to owners who want to buy a new one. Richemont, which owns Cartier, has owned the Watchfinder second-hand online store since 2018. The sector has seen the entry of brands such as Audemars Piguet and retailers such as Bucherer.

The second-hand business has reached a value of $ 22 billion, a third of the total, according to financial services company Kepler Chevreux, and has made the fortune of online businesses that many buyers have turned to over the course of the pandemic, in a sort of revenge shopping and search for a safe haven with a logo. The competition among buyers has complicated the work of authorized dealers so much that “the art is to find the customers who really love watches, not those who will convert them into financial assets”, explains the president of American Wempe, a Rolex dealer in New York.

The interest of the market and the increase in prices has certainly not gone unnoticed in the eyes of criminals. In the first half of 2021 alone, Schwegler Associated carried out pre-risk surveys and determined the security measures for 14 new businesses (which opened after the first half of 2020), dedicated to the purchase and resale of second wrist watches. From what has been observed, despite seeing the value of their assets increase exponentially, many retailers and owners do not have adequate security measures and procedures. But it is difficult to believe that the constant thefts and robberies are only the result of chance … 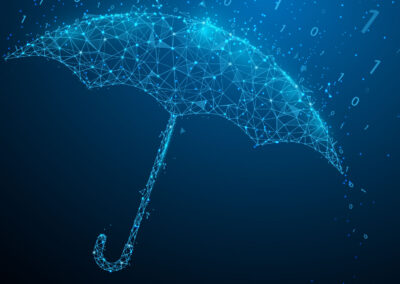 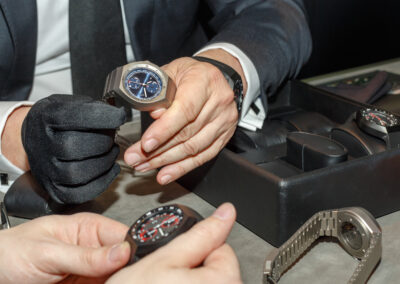 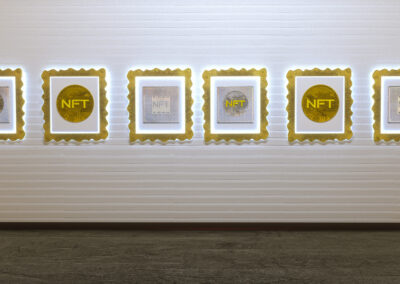 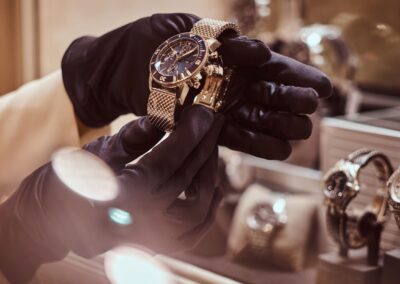